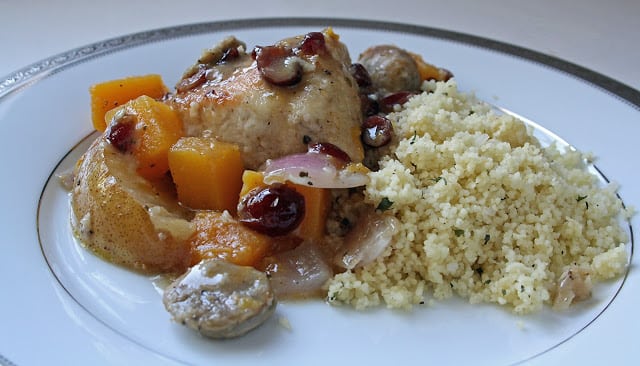 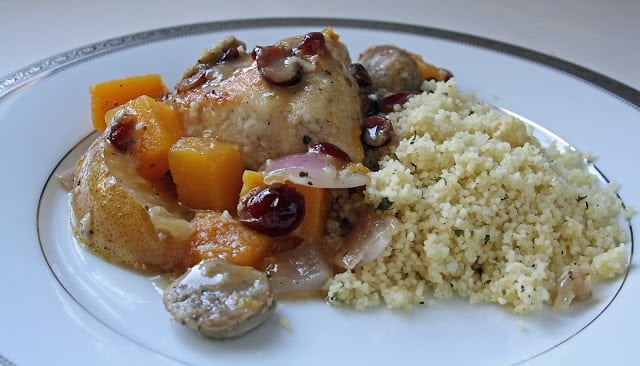 I found this wonderful, fall dish in the October issue of Everyday Food magazine. It was simple to put together, tasted great and even looked pretty! To braise meat means you first sear it in a hot pan, then cook it the remaining amount in liquid. By the end of cooking, the meat is really infused with moisture and flavor- yum! You can do a lot of prep work early in the day, then simply toss everything together and cook it before dinner.

I followed the original recipe for the most part, but next time I make it, I want to try out even more variations. I served the dish over a basic couscous recipe originally, but to make it even easier, I think replacing the squash with a cubed sweet potato would be amazing! I loved my addition of a piece of fruit as well- it added a certain sweetness that just tied everything together. 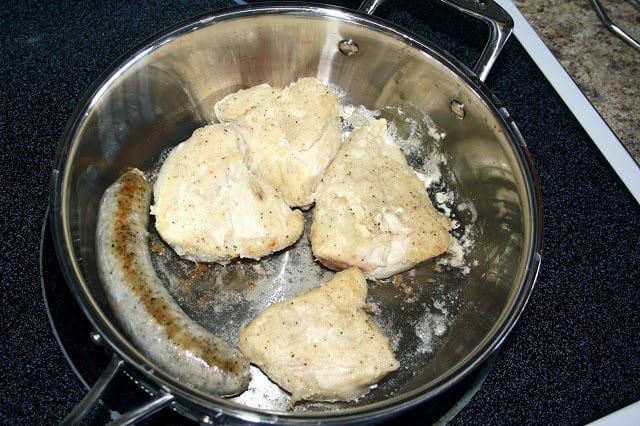 Heat 2 TBSP oil over medium heat in a heavy pot. While oil is heating, moisten chicken breasts with a bit of water, then dredge them in the flour, seasoned with a bit of salt and pepper. Place chicken in pan and sear until browned on both sides, about 2-3 minutes per side. Remove from pan. 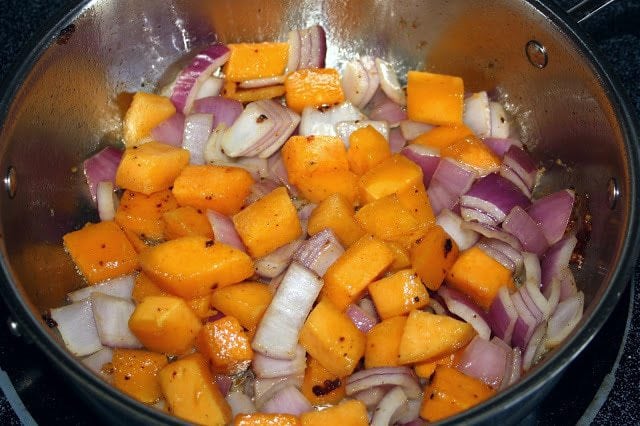 Add remaining 2 TBSP oil to pan and add in squash, red onion and spices. Cook, stirring until fragrant, about 2 minutes. Add broth and cook, stirring and scraping up the browned bits on the bottom. 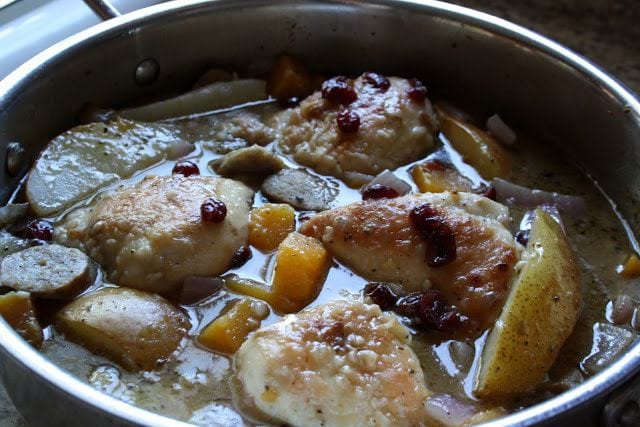 Nestle chicken in the squash mixture. Add the cranberries and pear or apple. Bring to a boil, then reduce heat to a simmer and cook an additional 20-25 minutes.

Serve along side couscous, rice pilaf, quinoa or whatever you’d like! 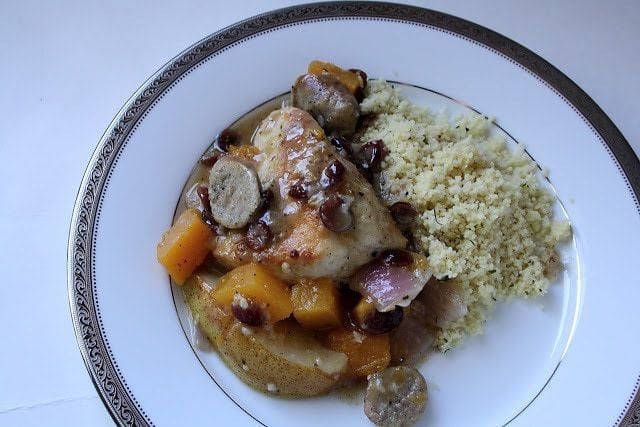 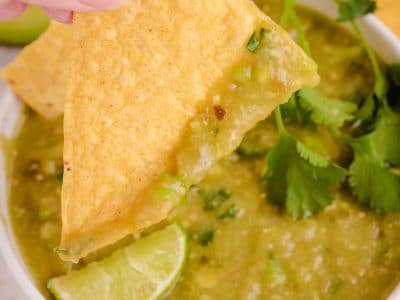 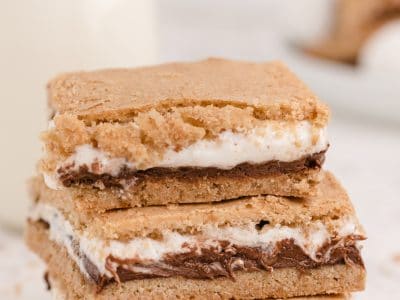 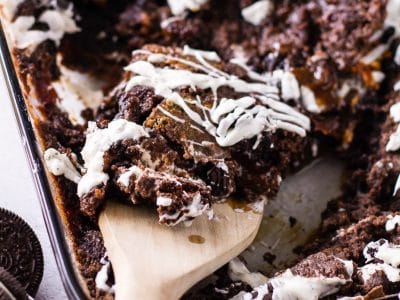 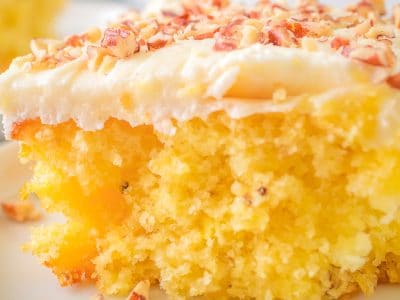 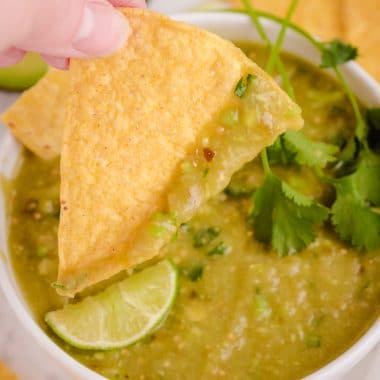 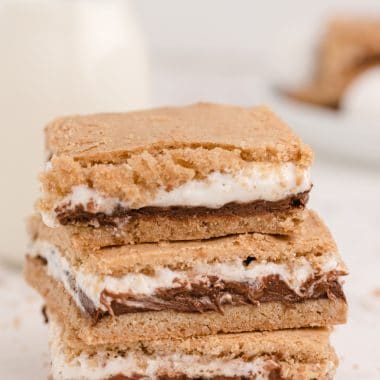 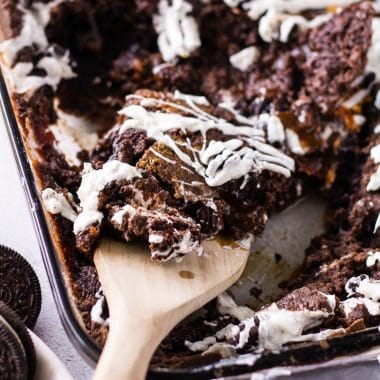