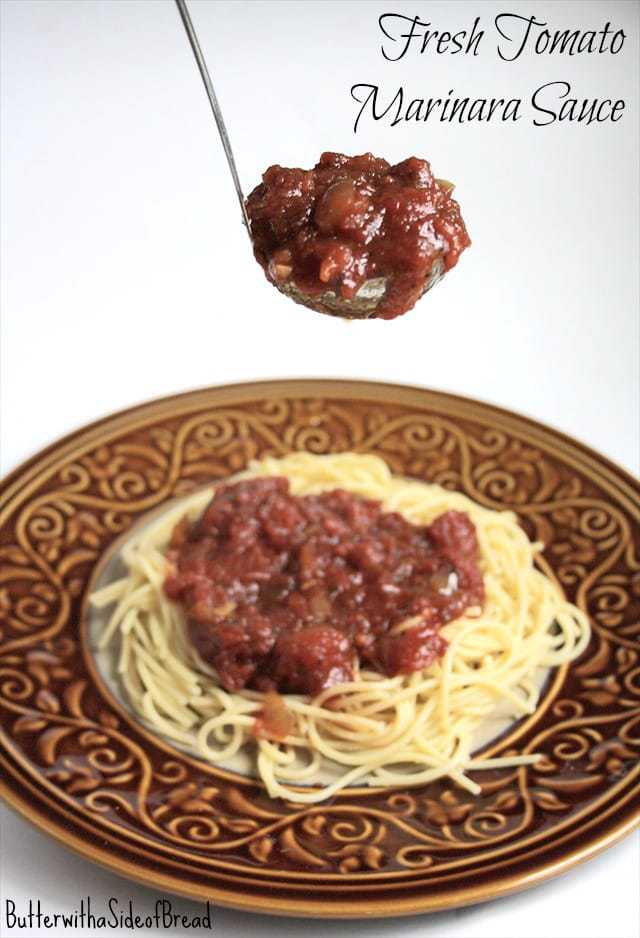 If you planted tomatoes in your garden, chances are you’re about to have more than you know what do with! My plants are laden down with tons of tomatoes this year and I’ve been using them just as quickly as they ripen. One of my favorite ways to use fresh tomatoes is to make marinara sauce. If you love pasta like we do and have never ventured into making fresh sauce, you should at least try it. Pretty please?! It tastes so much better than any sauce you can find in a bottle, I assure you! Yes, it’s slightly time consuming, but really, it’s so worth it. So try it at least once, okay?

I’ve tried several recipes and ended up creating one that was inspired by this Best Marinara Sauce Yet recipe and this Slow Cooker Marinara from Budget Bytes. Both recipes have great elements, so I took those that I liked most and made my own!

Crock pot or no crock pot: I’ve made this sauce both ways and using the crock pot changes the flavor. It creates a rich, flavorful sauce but in my opinion, it really lacks that fresh tomato flavor. The longer it stews in the crock pot, the less you can tell you used fresh from the garden tomatoes. So here’s my recommendation- if you use the crock pot, add the balsamic vinegar. If you opt to simmer for 30+ minutes on the stove instead, leave it out. I prefer the stove top method myself. Once I even used this sauce to make lasagnas, which I then froze. Even months later, in the dead of winter, I could tell that lasagna was made with fresh tomato sauce- it was heavenly! 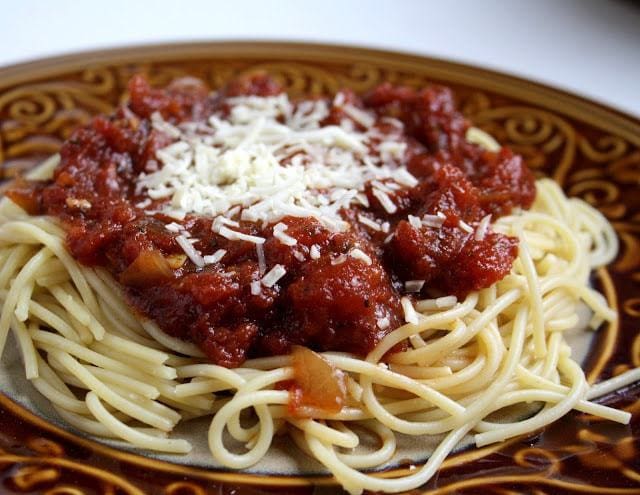 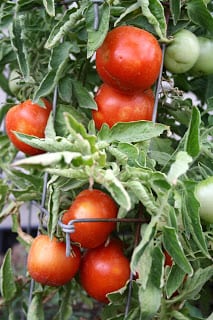 Directions
PEELING YOUR TOMATOES: Pick your tomatoes and wash them. Cut the core out of the center and slice an X on the bottoms. Immerse 2-3 tomatoes at a time in a big bowl {or pan- use whatever you’d like} of boiling water. Leave them in the water for about a minute, then use a slotted spoon to take them out and let them sit on the counter until they’ve cooled enough to handle. {Some people like to dunk them in ice water after removing them from the boiling water, but I think this makes them harder to peel!} 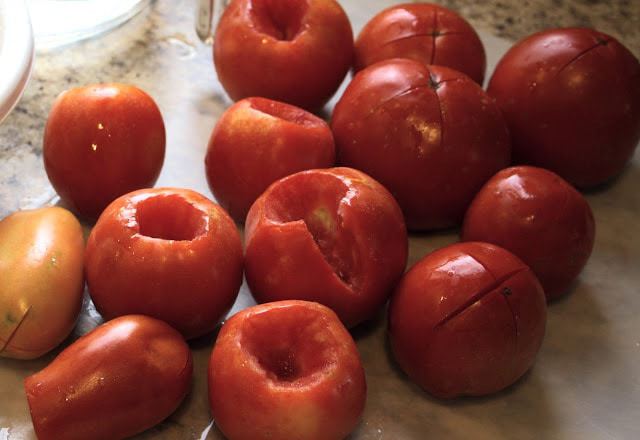 The skins should then just slide away! Some might take a little work with a paring knife, particularly, if the tomato has a few blemishes. The less ripe the tomatoes are, the more difficult they’ll be to peel. 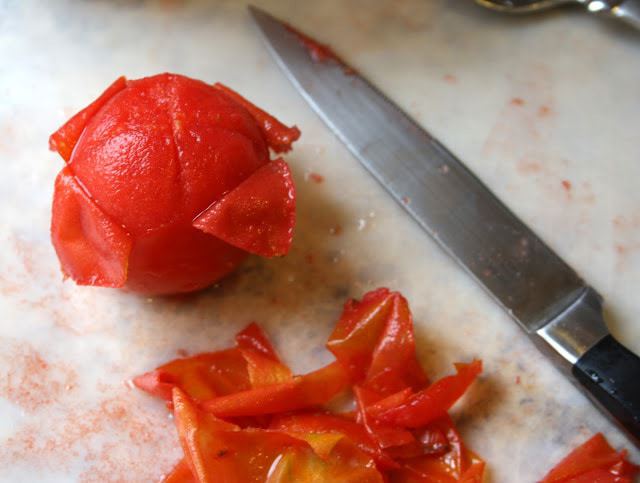 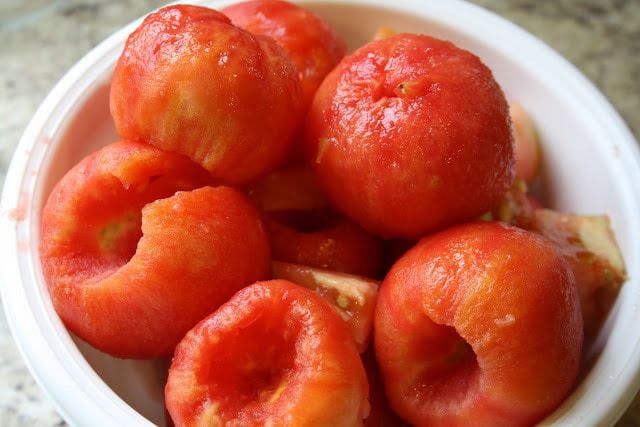 DE-SEEDING YOUR TOMATOES: Once all the tomatoes are peeled, you’ll need to cut them in quarters. This makes it easier to remove the seeds and any excess liquid. 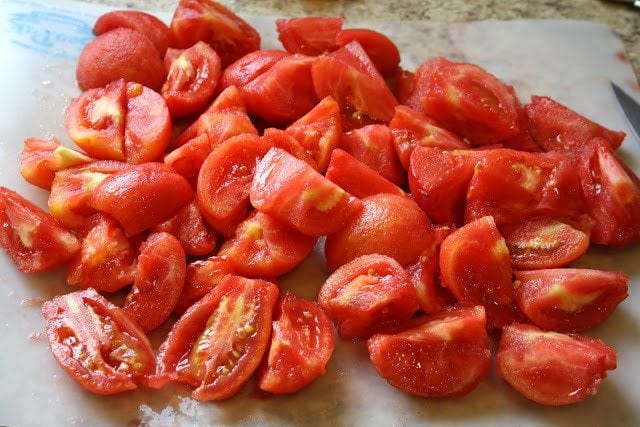 SQUEEZING YOUR TOMATOES: To remove the seeds, I just use my hands and run a finger along the wall of the tomato. Usually the seeds come out at once. After the seeds are out, gently squeeze some of the liquid from the tomato. You don’t need to wring the poor thing out to death, just a gentle squeeze will suffice. 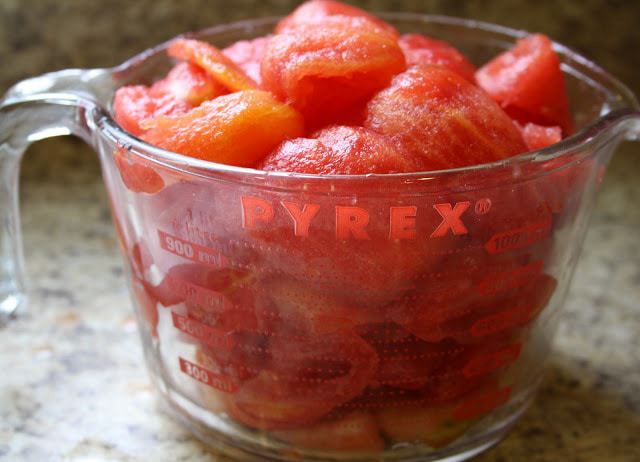 At this point, you should be able to fill a 4-cup measuring cup completely full with tomatoes.
SQUASHING YOUR TOMATOES: The next step is open to personal preferences. We need to make those tomato quarters into smaller pieces. Some people like to run them quickly through a food processor. In my opinion, this makes them too small! We like our marinara sauce pretty chunky, so instead, I use one of those handy Pampered Chef tools to chop them up. You can use kitchen shears, a knife- whatever works! 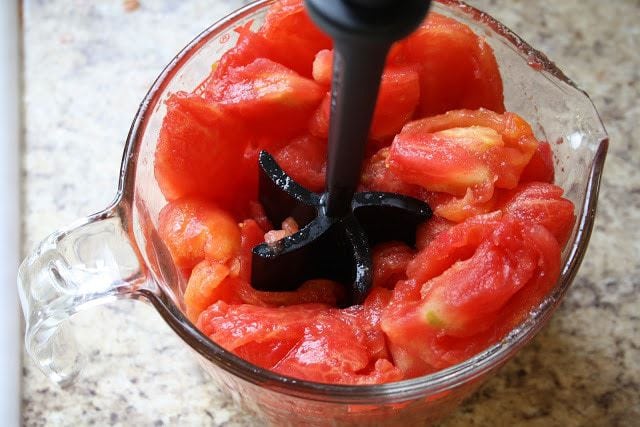 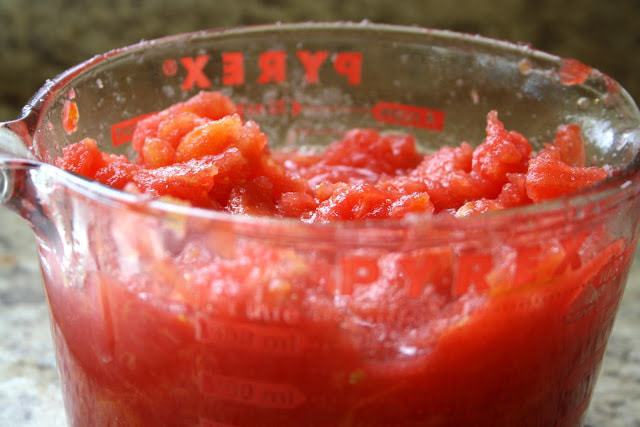 The goal is to end up with about 3 1/2 cups of tomatoes. I had a bit more since I didn’t chop my tomatoes up super small.
At this point, you can put the tomatoes in the crock pot or in a large pot on the stove- see my note above regarding methods of cooking. 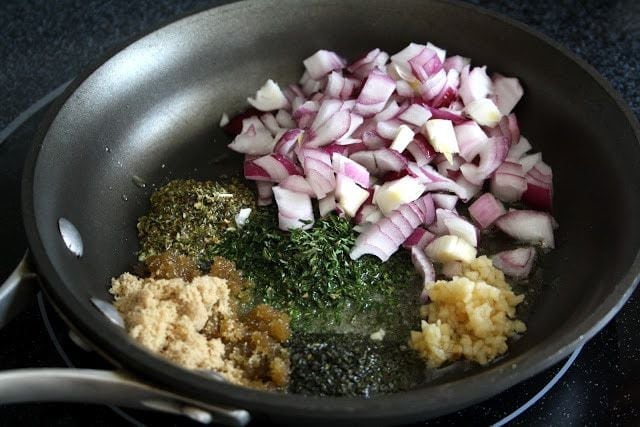 In a small frying pan, heat the olive oil, then add the parsley, garlic, oregano, basil, salt, pepper and diced onion. Saute until the onions soften and the contents are sizzling, about 7-8 minutes. 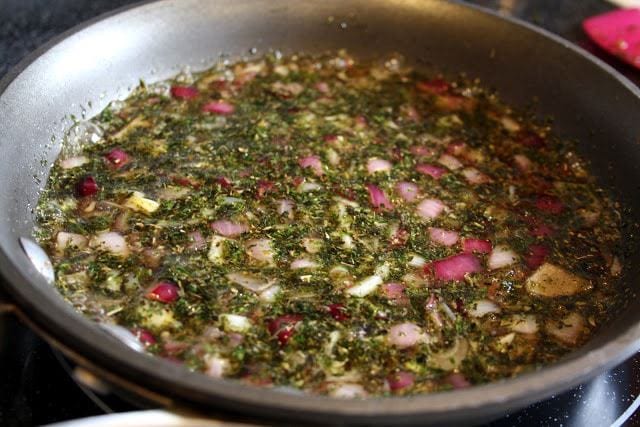 Add the white wine and allow the mixture to boil a bit in the pan for a few minutes. 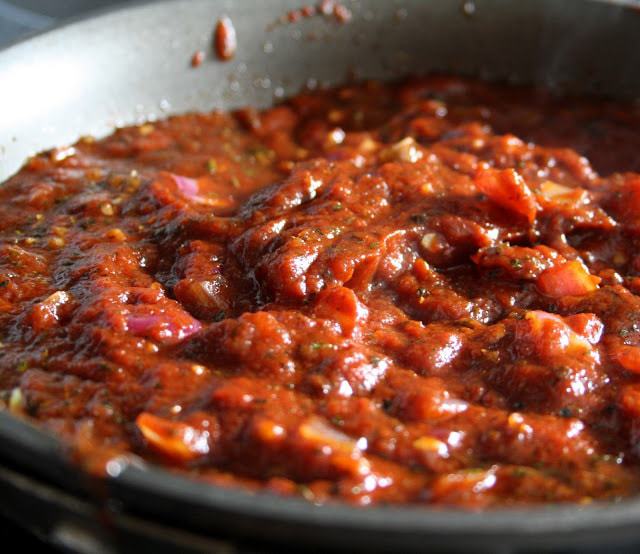 Add the can of tomato paste and stir to combine. 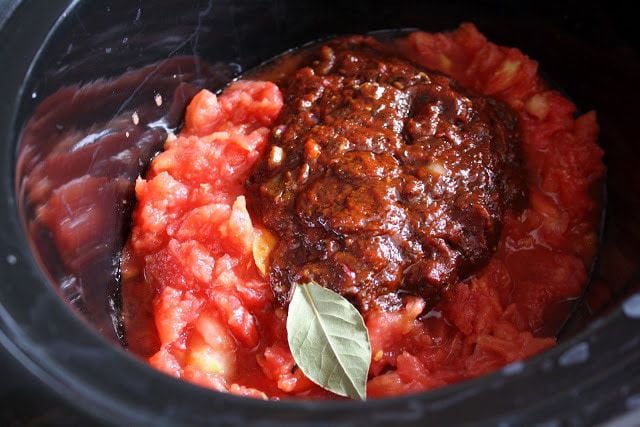 Transfer this seasoning mixture in with the tomatoes. Add your bay leaf. When I took pictures, I opted to cook in a crock pot on low for 6-8 hours. The sauce ends up combining flavors and the result is a thick, dark red sauce that’s delicious on pasta.
If you opt for the stove top method, simmer on low for at least 30 minutes. The result here is a slightly thinner, bright red sauce that has that awesome fresh flavor. Again, use it on pasta- in a lasagna, on pizza, etc.
Enjoy! 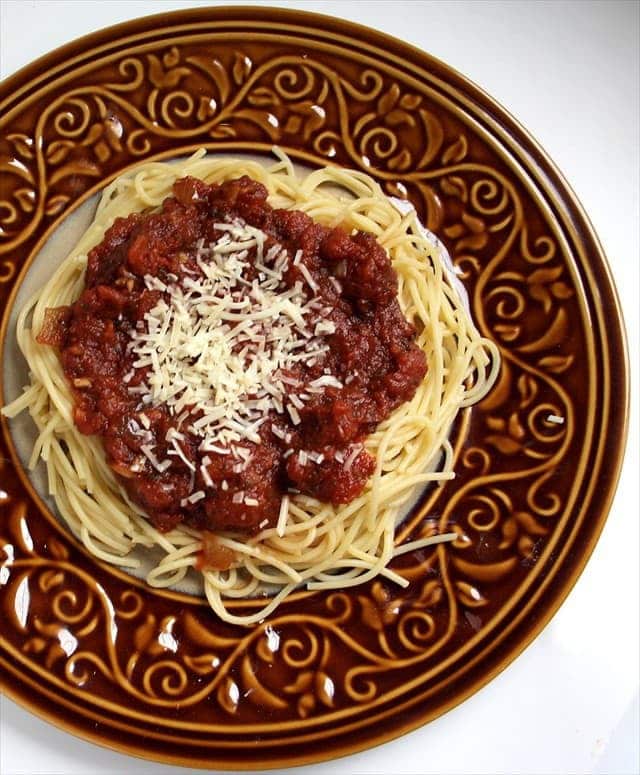 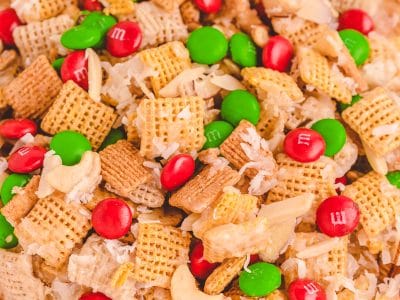 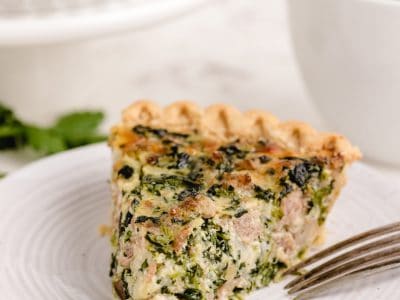 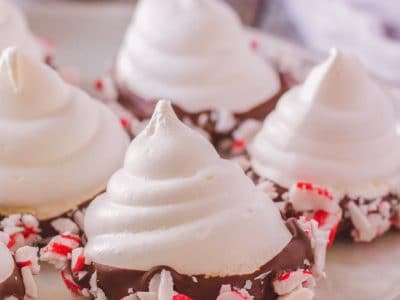 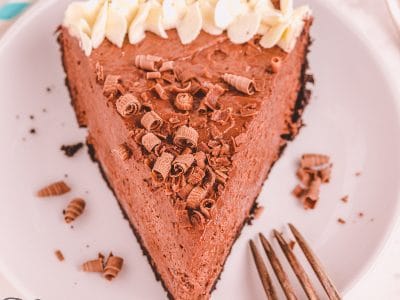 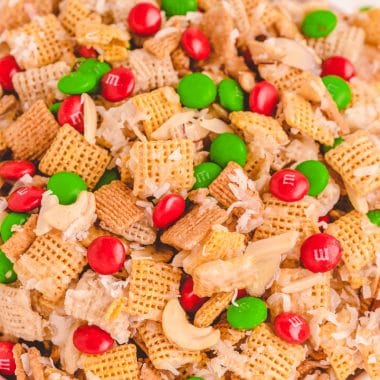 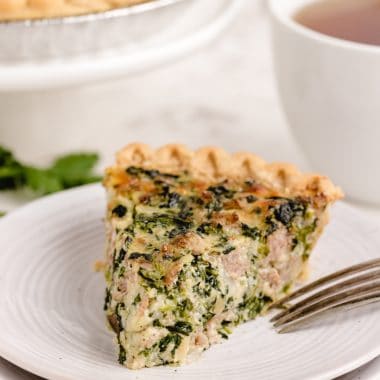 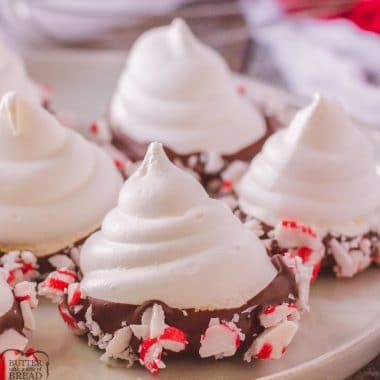